Time slipped away as the year 4 children of Rothbury first school shimmied between the zones on our trip from Whittondean to Lordenshaws. The stone-age became the bronze age which morphed into the iron age as we moved from cup markings on the rocks to the stone-lined cist and the shelter of the hill-fort. 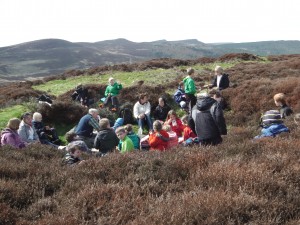 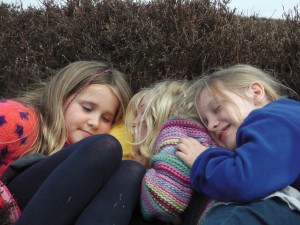 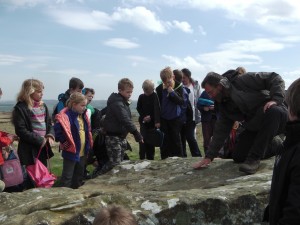 Here we rested and cooked duck on a charcoal fire as we wondered about the rocks, the big sky and the distant sea. We imagined how these might have looked to the the people who came here before us; those who dragged their primitive boats from the sea to this new land making their marks on the rocks and eventually discovering the shining golden metal that lay hidden within. 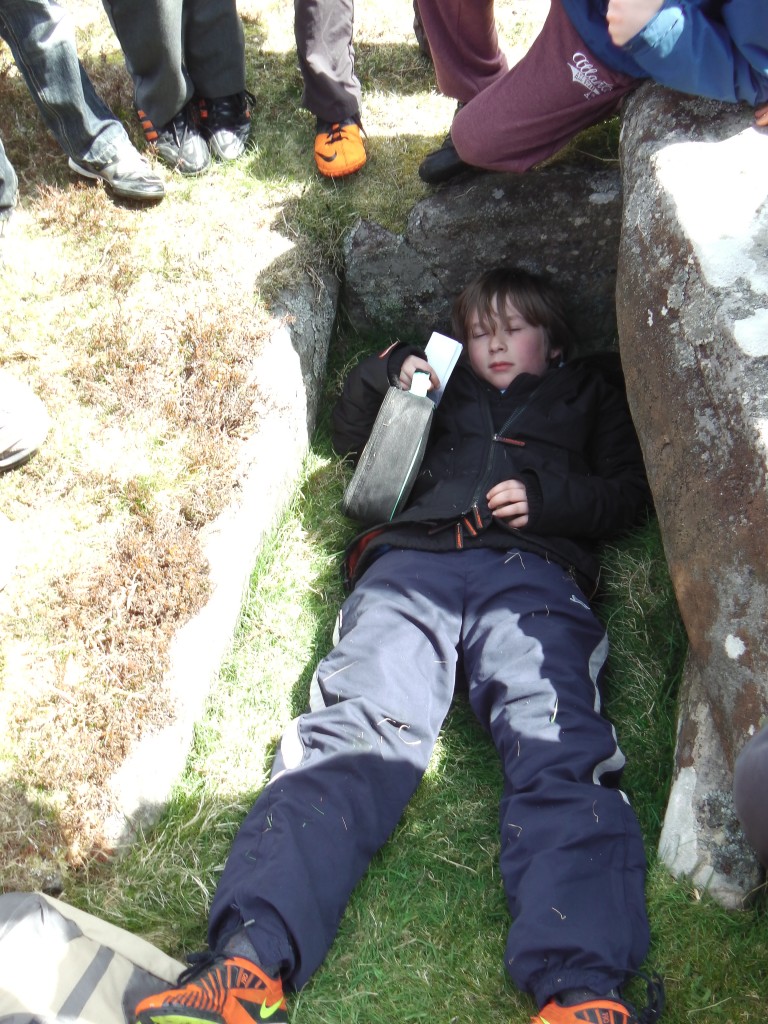 We also explored the invisible ones – the fairy folk, who inhabit these ‘old paces’ in the valleys and on the hilltops. We even dreamed up our own versions of their homes with sticks and stones.

All this we did with the help of a modern day man of stone, Paul Frodsham, who helped us to enquire into that far-gone world, leading us gently into the past and back out again. 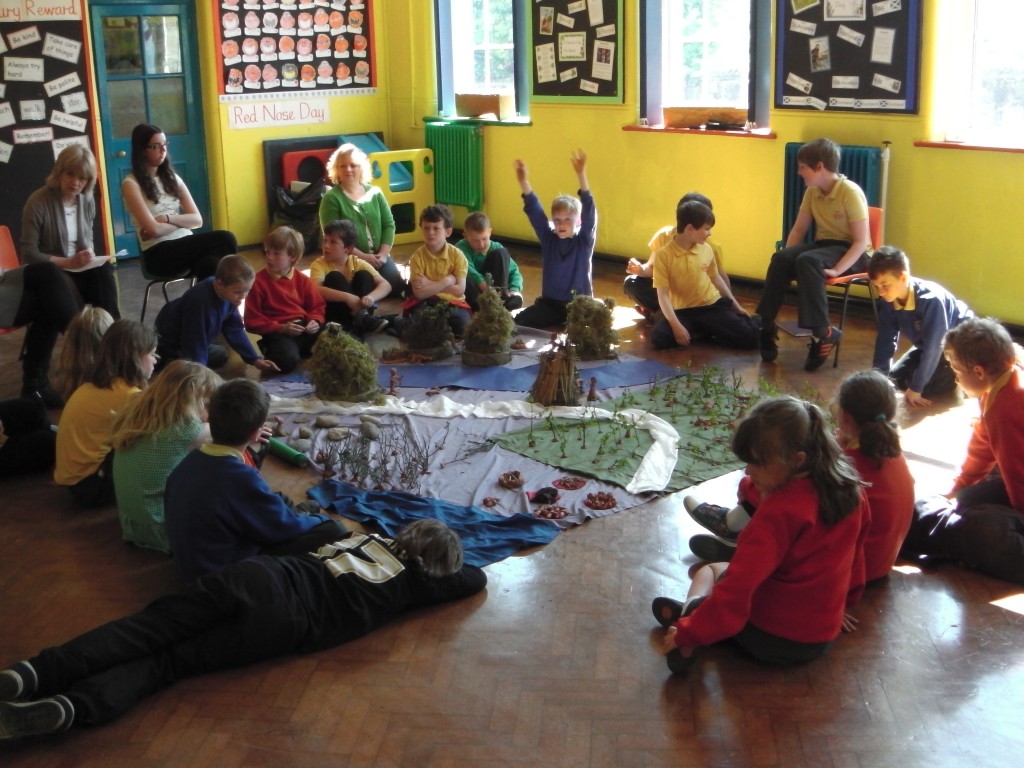