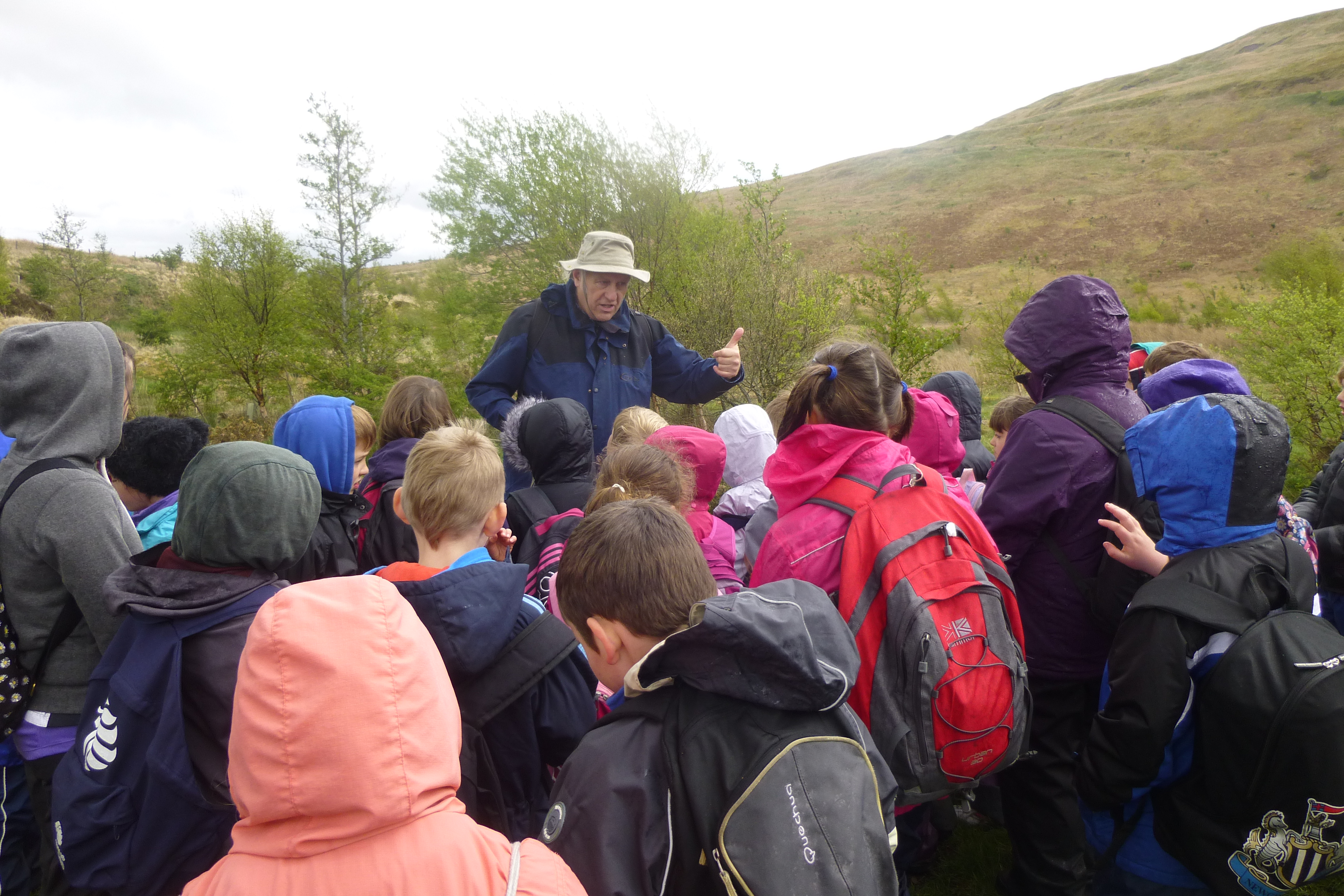 Chris with Class 3 from Castle Carrock School May 2014

While others have a tree, stones or even a mound in the ground to focus on, I’ve got a Valley and it’s a wet one too. At any rate on the day of our school visit the weather decided to be consistently windy and persistently dreek. But could it dampen our spirits……NO!

We were exploring the Kings Forest in Geltsdale and the first thing we learnt from Paul Frodsham, our intrepid archeologist, is that forest doesn’t mean trees – it’s a hunting ground and I’m hunting for a story to fit a whole valley!  There was little sign of life around when we arrived. The birds had been up early and the worm had been eaten, although they probable took account of a variety of caterpillars and flies as well.  This was a bit much when you consider that this is an RSPB Reserve and most of the residents are resting out of sight. Today we can’t climb to the quarry where we had planned to explore an exciting hidden landscape, ruined buildings and view the wonderful changing perspective of the valley and different heights, because lapwings and curlews are nesting in the long grass. Come on Geltsdale we’re just looking for a bit of inspiration for our stories!

We were met and welcomed by an kind and caring RSPB Volunteer Ron, a thoughtful ex Teacher who kitted the less well prepared children with windproofed clothes. Some of these were a little big and made the children seem shrunken by the gentle rain that insisted on accompanying us. But our spirits were not down, how could they be when the first thing we had to do was to step over a dead frog!

Our wandering path led us steeply up the side of the valley, skipping over little steams that washed the hillside and scrambling over and around rocks. This is a valley of newly planted trees, soft mosses and a distant tarn that looked lush even though the drizzling wind that was trying to paint another picture.

The day before I had told the class the story of a deer and her child who lived in the forest. Now I embarked on the second instalment of a rollicking local legend ( gripping stuff even in a cold wind ) of the Outlaws of Inglewood, ( who had been hiding in the verses of a north country ballad), when the Class Teacher called our ‘Deer!” And there she was sniffing the same air as us, unfortunately down wind, so not for long. We were then treated to the sight of the deer racing to the hill tops proudly profiled against a grey sky. Thanks mother nature, just when we needed a bit more inspiration!

We wrote down our thoughts and feelings, listened to the wind, heard the end of the outlaws story and made our way back to the joy of toilets ( not many can say that on an A Bit Crack field trip ). Then we painted pictures of the valley with water based pens and held then up for the rain to complete. The results were great, turning sharp lines and colours into beautiful soft impressionist pictures.

Happily back in school reflecting on our day I dare to ask what inspirational feelings and memories they had retained from the day. “ It was cold!”  Bah – humbug, I was the blooming townie and these were bright sparks mostly from farming stock whom I thought would have been fully acclimatised.

Their industry was not to be faulted however as by the end of our 4 days together that had all written two stories, made an illustrated pop up origami book, designed and coloured a shield with a crest for their family, created a beautiful water colour picture, written poems, recorded the Secret of Inglewood in a secret wallet, and performed two stories to parents and the rest of the school.

While I was visiting I stayed over for a couple of nights and where better for a storyteller than….I hope that’s not the letter L after the E…. 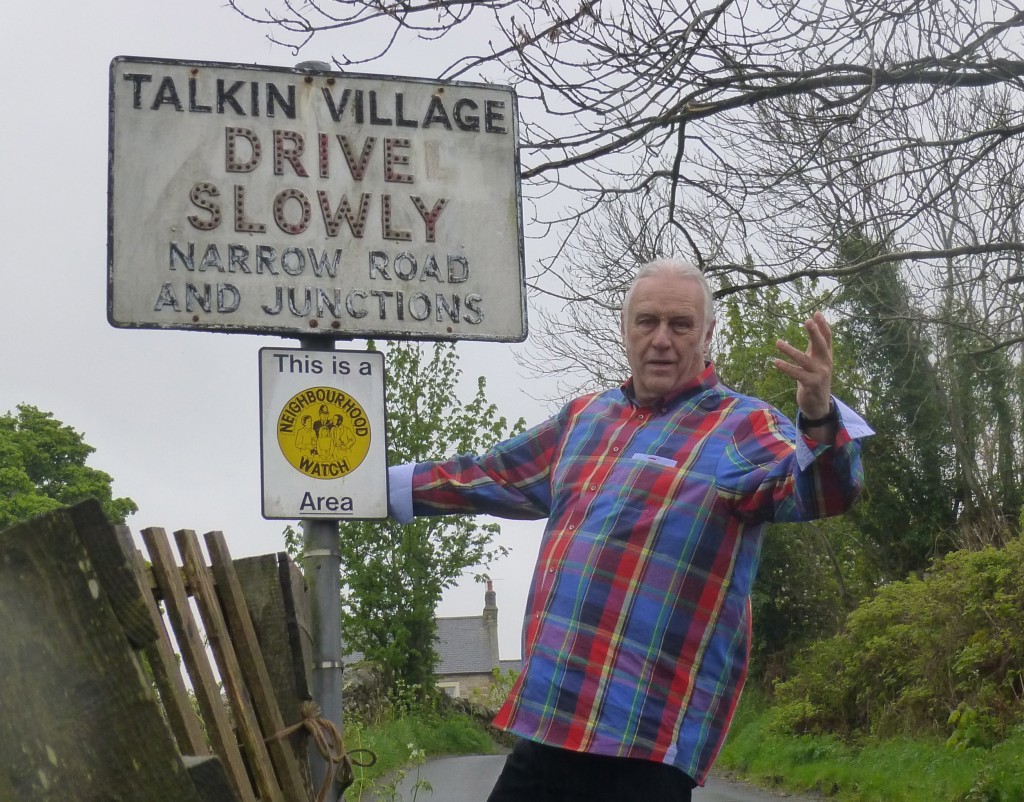