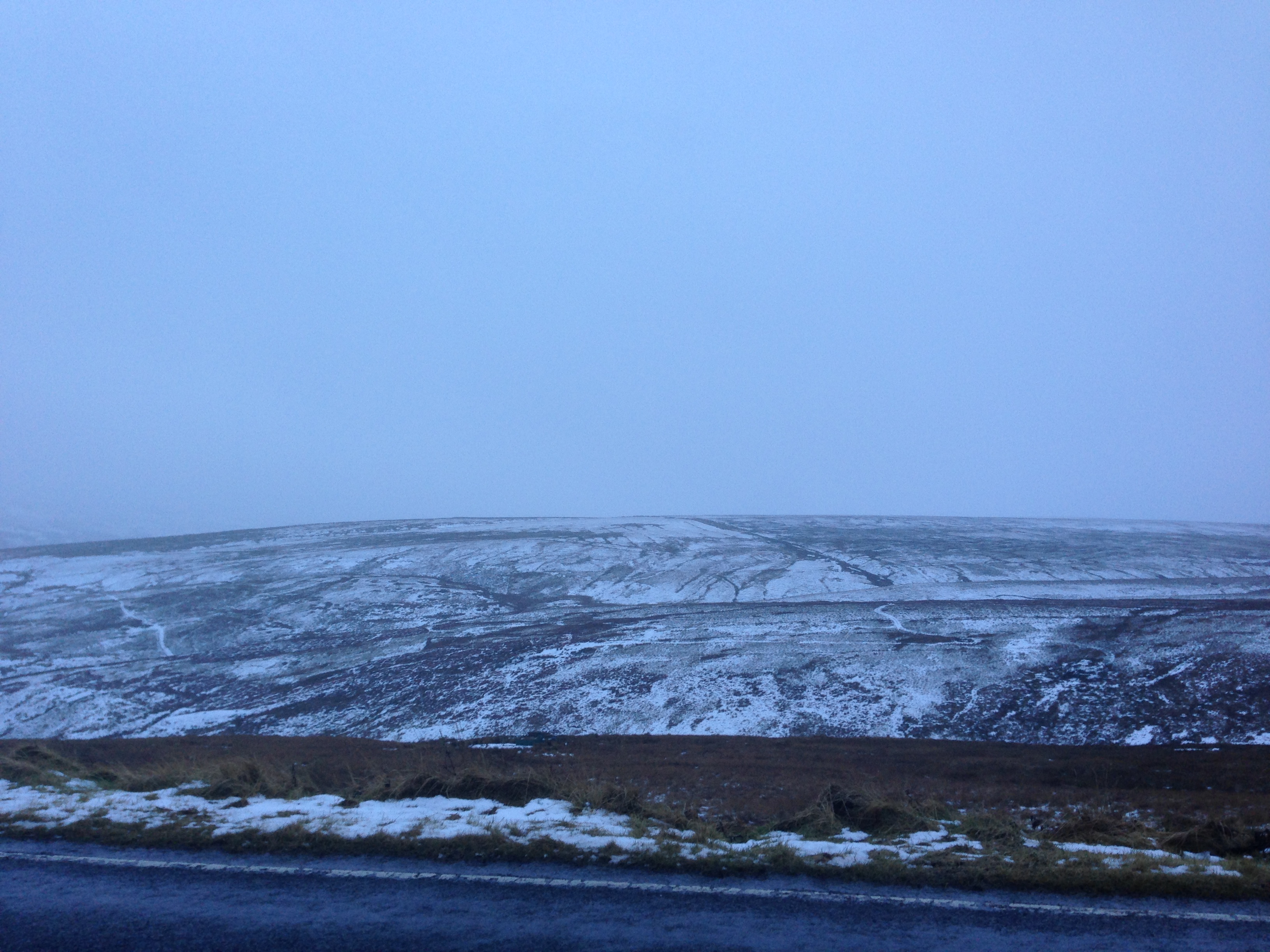 on the way to Alston

All of the journeys to the site and the school in Alston have been, without exception, special.

The first journey was to meet the teacher, Miss Pullen, who I would be working with. There were storm warnings all over the country, with the worst expected in the north as the day wore on. I didn’t have the worst of it, just high winds, rain, snow, and ice. On the road just before Alston, the traffic was stopped and we watched a car that had gone off the road and over the edge, being retrieved by a crane. It was upside down and covered in mud. The people had already been rescued and were not on the scene and I sincerely hope that whoever they were, they’re okay. The roads we travel so blithely still hold dangers for us. Nature has a way of making herself felt, if taken for granted.

The first meeting with the teacher I would be working with was a great start to this year’s project and the feel of school was great. I left feeling inspired and excited about what we might go on to do. The group are a class of Years 3, 4 and 5. The next time I saw Miss Pullen was when we went to look at the site with the archeologist, Paul Frodsham.