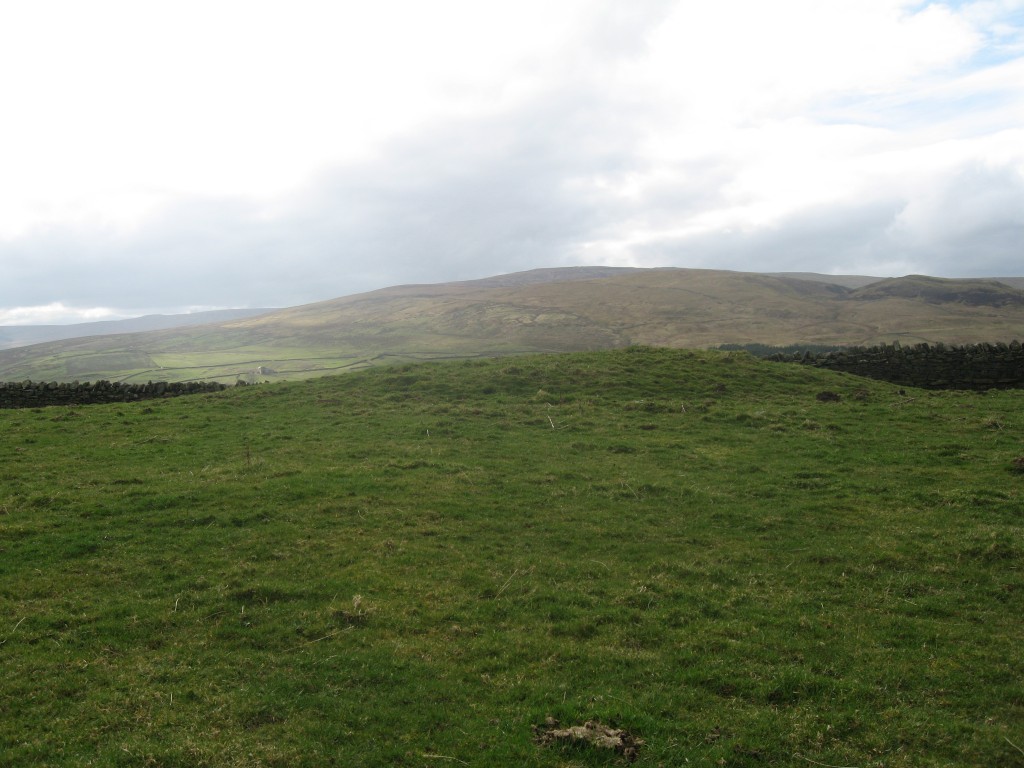 The journey to meet Miss Pullen and Paul Frodsham, for the site visit, was also eventful, but the real challenge was the site itself.

The Kirkhaugh Carins are a mystery of the best kind. There are two burial mounds and one of them has been excavated a little in 1935 by Herbert Maryon and the finds from that excavation are tantalising.

There were some flint tools, pieces of a pottery beaker, two polished stones and a single gold ‘earring’ (it’s referred to as an earring, but it’s not known what it is, and it has been suggested that it could be a hair-braid). There are only a dozen or so examples of these gold earrings known in the whole of Britain, and they are usually found in pairs. The polished stones have been identified as cushion stones, which were used by the earliest metalworkers, for working gold and copper. These finds showed that this was a burial mound and date it to the Copper Age (just before the Bronze Age).

The main difference between the Amesbury Archer burial the Kirkhaugh Carin we’re looking at is that, no human remains found at Kirkhaugh as yet….

There is another excavation planned for this summer, but we will have to make our stories before then so, in the meantime, the three of us, were looking at a mound in a field and wondering how to make these mysteries come to life for a group of 8, 9 and 10 year olds.