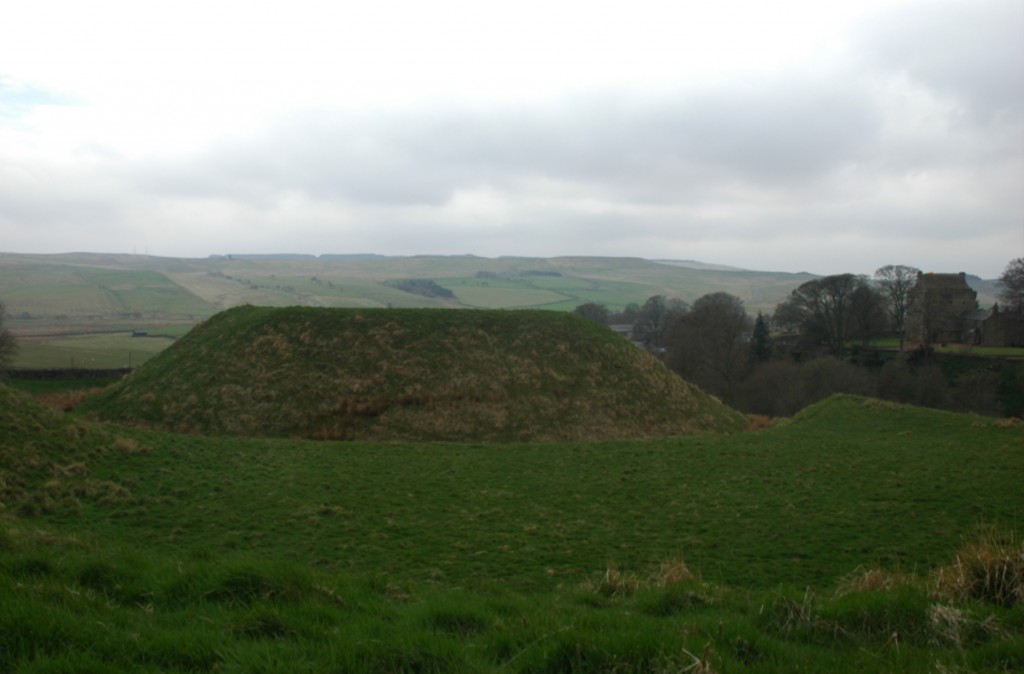 After all of that, everything is likely to change on the day and it’s time to improvise. Still, it’s much easier to improvise if you’ve done the preparation time beforehand.

Those meetings discussing the possibilities of what we might do were very exciting and the potential for this project kept growing. Inevitably, the practicalities – mostly to do with how much time we had and the timing of the project and a bit to do with money – brought us back down to earth. Which was just as well, as the site I eventually chose to work with is a great earthwork…… I was lucky enough to be able to visit potential sites with the Archaeologist Chris Jones and Community Archaeologist Gemma Stewart, from Northumberland National Park Authority (one of our partners on this project).

We’d discussed two possible sites, and the first one was Goatstones, near Simonburn, is a “four poster”- four stones set in a square.

It’s thought to be the most southern four poster in Britain…..and what’s more they have cup marks. 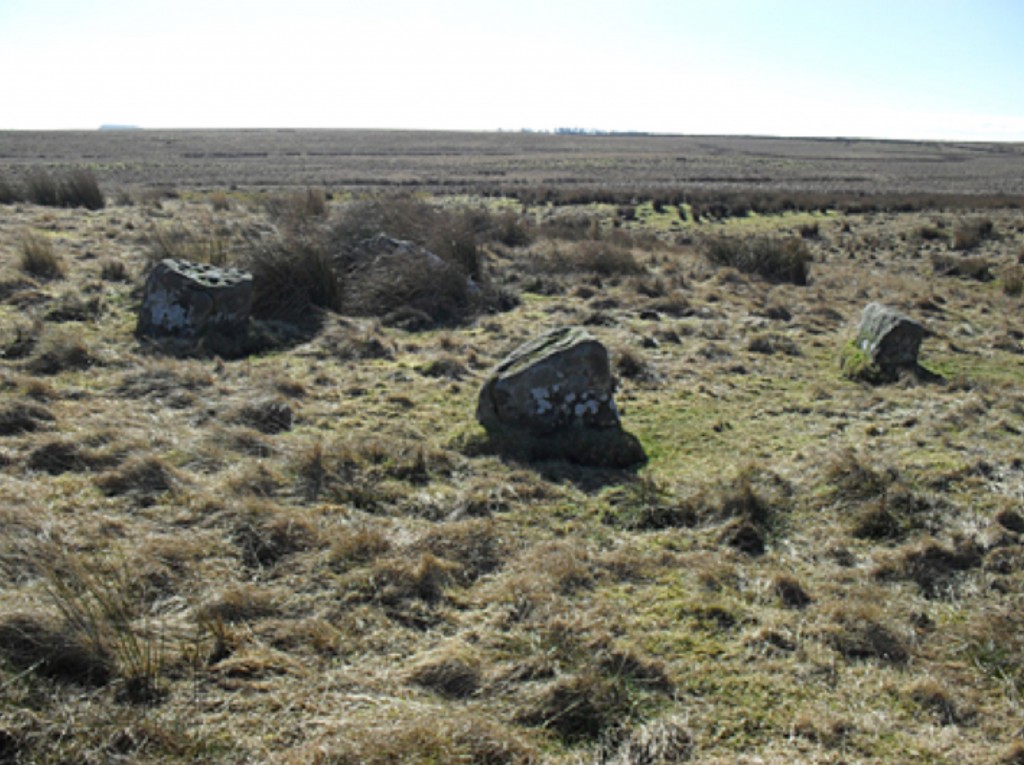 A cup mark, as you can see in the picture below, is a concave depression in the rock. They are sometimes in the centre of a ripple of circles – those are the ring marks. All of the stones have cup marks, but the one on the south west corner has a lot of cup marks. 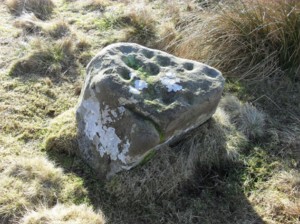 Sometimes there’s also a channel that might lead out from the middle, and they’re called gutters. When you see them, the marks are clearly man made and not a natural weathering of the rock.

Cup and ring marks or rock art are a form of prehistoric art found which makes them instantly mysterious. Who made them? Why? What tools did they use? Why in this place?

This is an exciting site and there were a lot of other things to look at. For more details about the rest of this site have a look at Gemma Stewarts Blog.

On the day we looked at the site, it was very cold, windy and bleak and in the end, bearing in mind we know so little of prehistoric times and how things might have been then, I felt it might be asking too much of the 8/9 year olds I would be working with.

The second site we looked at was Elsdon Castle – but banish all images of stone castle ruins from your mind!

Elsdon Castle is a Motte and Bailey built by the Normans, (the building of the castle is believed to have been overseen by Robert Umfraville).

Originally these castles were made of wood and later when stone was used it was added to the wood and changes made and so it’s difficult to know what the original wooded structures would have been like.

What’s special about Elsdon Castle is that it was abandoned after about only 80 years of use. There are various theories about why it was abandoned, but the upshot is that it is one of the best preserved of it’s kind and if it were ever possible to excavate we might find out quite bit more about these original castles.

This is the mound that the Motte (Castle) would have stood on and then the moat that goes all the way round. 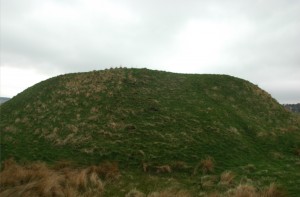 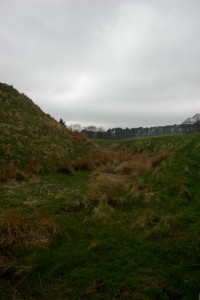 Here is the Bailey, where the people who looked after the castle and its occupants would have lived. 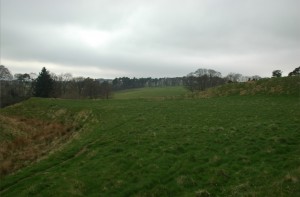 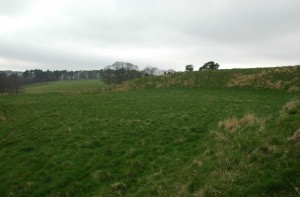 And an artist’s impression of how it might have looked. 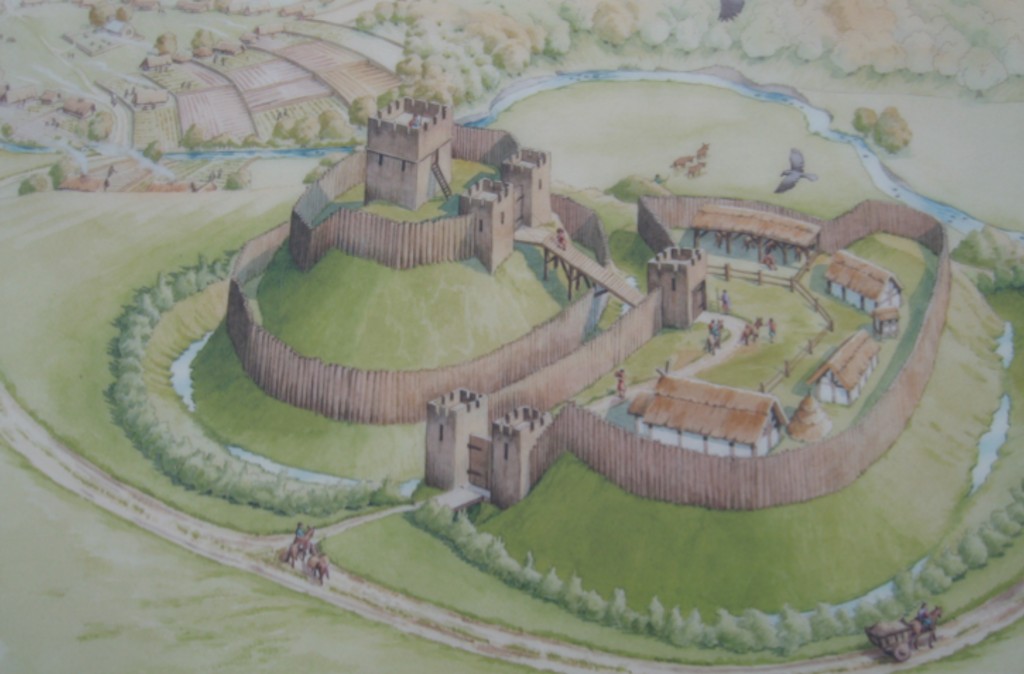 The Church in the village is also very interesting (this would have also been made of wood originally and remade in stone, it’s thought the current church stands where the original one would have) and there is a Pele Tower.

The Pele Tower at Elsdon. 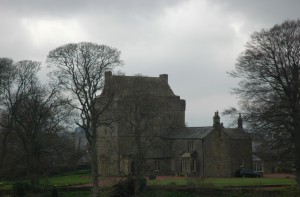 The whole village is rich with Medieval buildings, layers of history and is also a central point for a number of drover roads. Of the two options, I felt the children would find this site much more accessible.

The second day I had with the school was the site visit and we were very lucky with the weather but it was really cold in the church, so it was great that the school had managed to arrange for us to use the village hall for lunch – what a lovely space that is. We focused on the Motte and Bailey after lunch and we were joined at lunch by the archaeologist, Paul Frodsham, who is working with most of the storytellers on this project.

Back at school, the children split into three groups and we created three separate stories with themes that showed they had gleaned quite a lot from the previous two days.

After the Easter Holidays I went back for one day and connecting with the idea of story cloths, we painted a silk banner for each story. It was a real push but we managed it – lucky I didn’t suggest a tapestry Bayeux style. We also thought the medium of silk painting also linked in with stained glass windows, which were a major pictorial art form in medieval times. 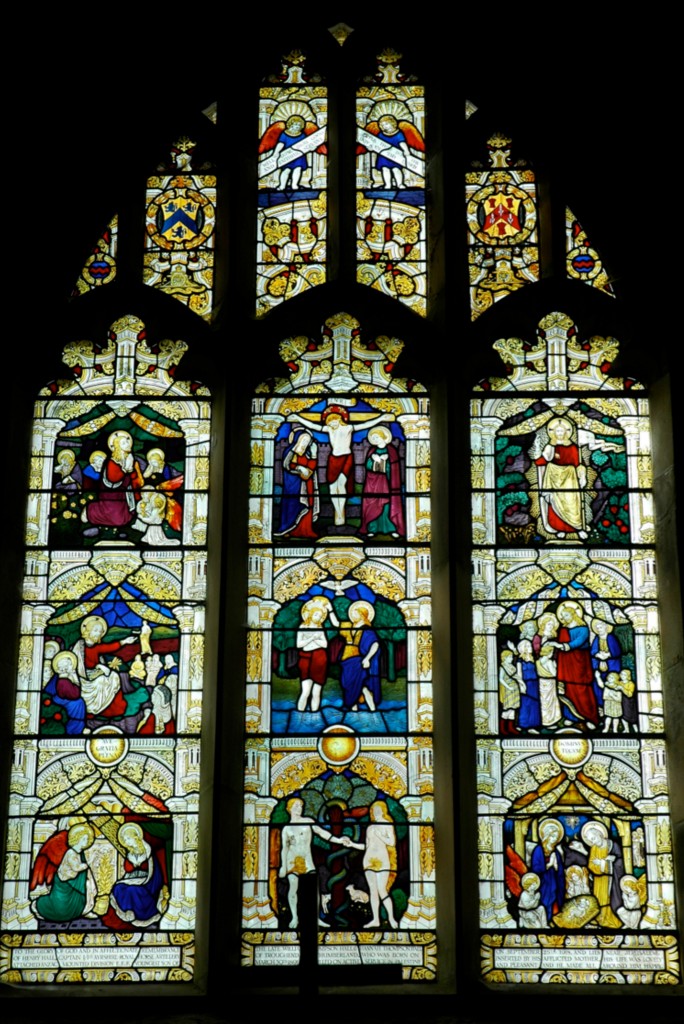