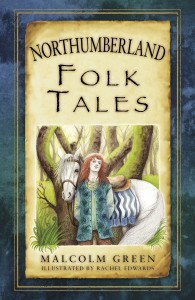 Malcolm launched his new book Northumberland Folk Tales at the end of November in the Priory Hall of Hexham Abbey. The book is full of tales which reflect the wild and secret character of Northumberland, featuring magical characters such as the Netherwitton worm who guards a secret well and the Hedley Kow that plays audacious tricks on humans. Accompanying these, there is the sound of human feet; saints seek refuge, ancient kings fight for land and salvation, and border folk pit themselves against one another with both wit and sword. Illustrated with thirty beautiful and evocative drawings by Rachel Edwards, this panoply of characters, together with ghosts, witches and the land itself, is brought to life by Malcolm.

Available from The History Press